Catching up with Wisdom: the oldest known albatrosses and petrels on Bird Island, South Atlantic 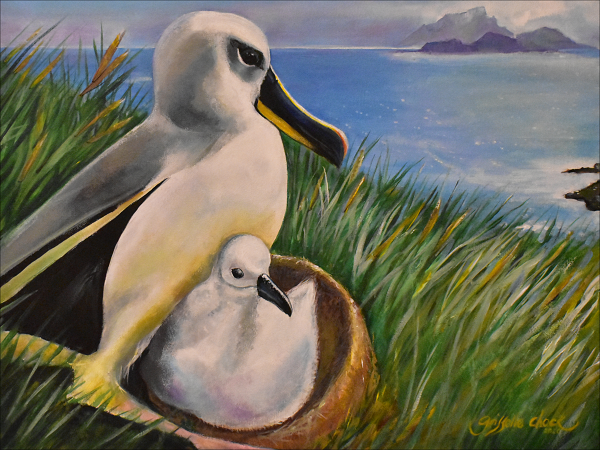 Grey-headed Albatross No. 1425643, painted by Grisselle Chock for Artists and Biologists Unite for Nature (ABUN) from the photograph below

Albatross and petrel studies have continued for another year at Bird Island, South Georgia (Islas Georgias del Sur)*, adding to long-term datasets held by the British Antarctic Survey.  Previous ACAP Latest News postings on Wisdom the female Laysan Albatross Phoebastria immutabilis of Midway Atoll, who reached the ripe old age of at least 69 this year, prompted the obvious question “which are the oldest birds on Bird Island?”.  A check of demography and ringing recovery databases generated the following information on the oldest birds ringed on the island as chicks.

The initial ringing effort of Lance Tickell and colleagues in the late 1950s and early 1960s is clearly in evidence.  Although there are currently sixty-year old birds on the island, only time will tell whether these longevity records are broken. 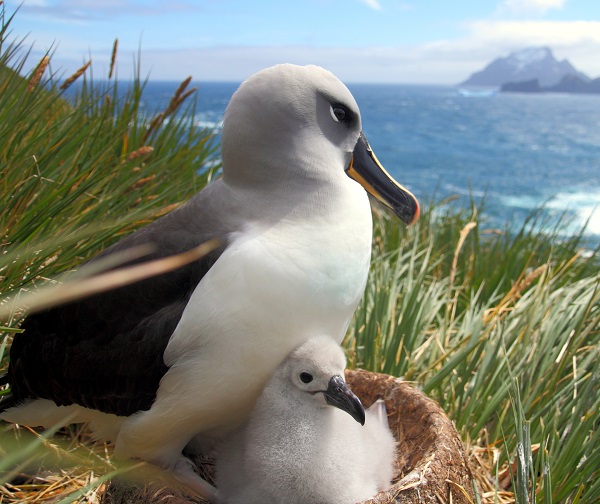 Grey-headed Albatross No. 1425643, photograph taken six years ago by Stephanie Prince, who has identified it as a male